can you feel
my love buzz?

just ain't the
way it seems

SIDE A MATRIX CODE

SIDE B MATRIX CODE

Value fluctuates wildly on this record. Even if you catch it in a downswing, however, it will cost you an awful lot of money (5000$ - 6000$) 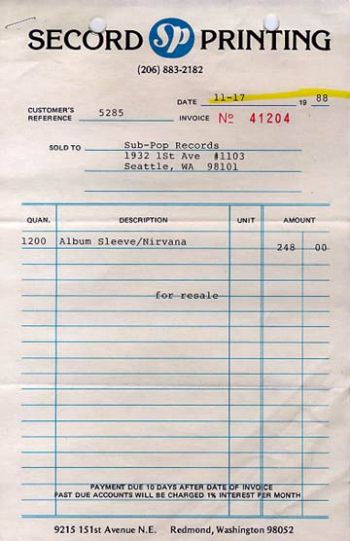 get rid
of the
counterfeits 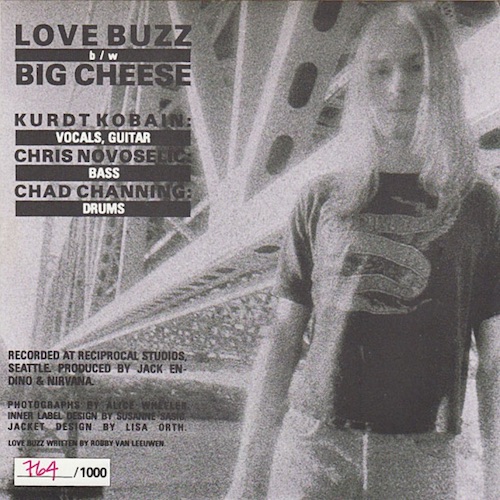 – The names ALICE WHEELER and SUZANNE SASIC can be seen clearly printed on the rear of the picture sleeve.

– The cover is hand-numbered in a thin red felt pen.

– Not all copies seem to have been numbered by a lefthanded person, let alone just one person. Copies 1-499 do not match those above #500.  Two people may have numbered the first 499 sleeves. Copies above #570 (since that’s the earliest example we have in the 500s) are numbered by someone else, meaning two or three people are responsible for the entire 1000.  The style of writing on the high-numbered sleeves is very distinctive when compared to the low-numbered official copies and some badly attempted counterfeits.

– Hannah Parker was one of the people who numbered the copies.

– Machine-stamped on both run-out grooves is the word, Kdisc. The stamp is very light and may have to be held under a bright light to be identified. 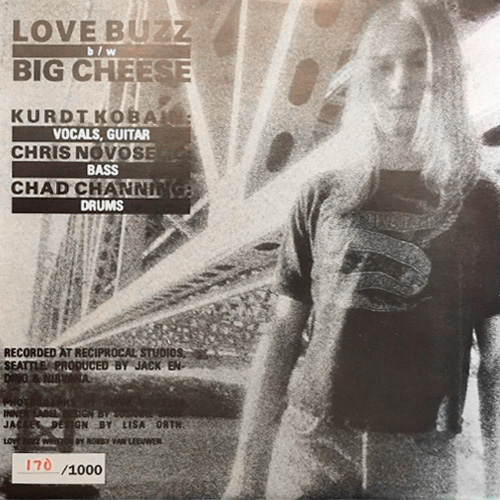 It is very close to the original and it was sold as authentic.

The sleeve losing the following details: the last two letters of the names “Kobain, Novoselic, Channing”, the name “Alice Wheeler” and the surname of “Suzanne Sasic”.

It is numbered on the sleeve with red tip felt pen by a right-handed person. K-disc stamp is missing on the runout groove. 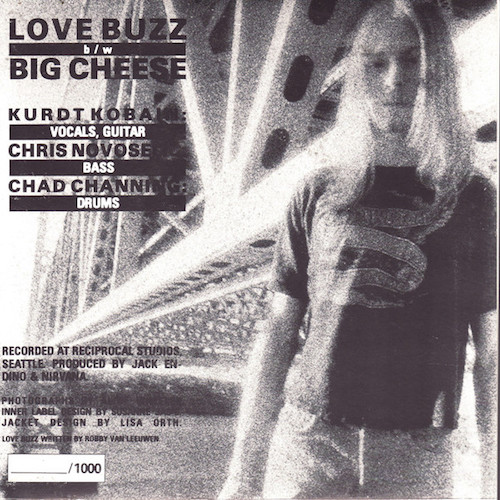 Large quantities of these fakes flooded the market in the early 90s, with many shops selling them as “reissues”.

· All were originally sold unnumbered, although anyone can hand-number them!
· The sleeve is darker, losing the following details: the last two letters of the names “Kobain, Novoselic, Channing”, the name “Alice Wheeler” and the surname of “Suzanne Sasic”.
· The run-out grooves read as follows:
Side A — SP.23 A1
Side B — SP.23 B1 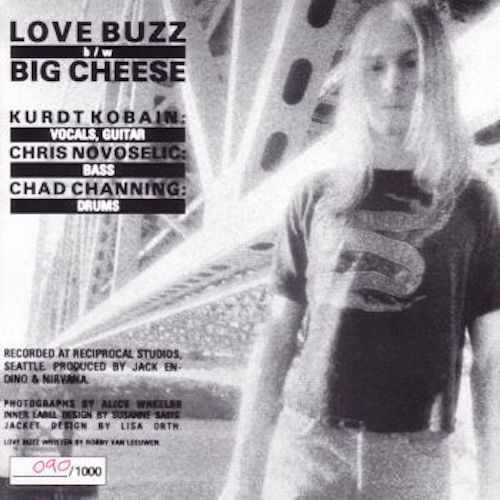 Most of these copies seem to be going through eBay, and a seller noted:
“These were pressed in Scandinavia in Spring 2001, 515 were made…”
In addition to the colors listed, there were apparently two test pressings made on black vinyl. One of those was sold at eBay, that’s how we found out about them. The images that the seller included with the auction showed a black 7″ with a plain, white label. The word “TEST” is written on the sleeve with a red marker where the official singles are usually numbered.

To prevent what has happened on previous counterfeits the makers of this item have apparently traced over some text in the credits so that everything is visible. However, this was done sloppily and can easily be spotted (Close-up of Credits & Number). Susanne Sasic is mispelled to Susanne Sasis. 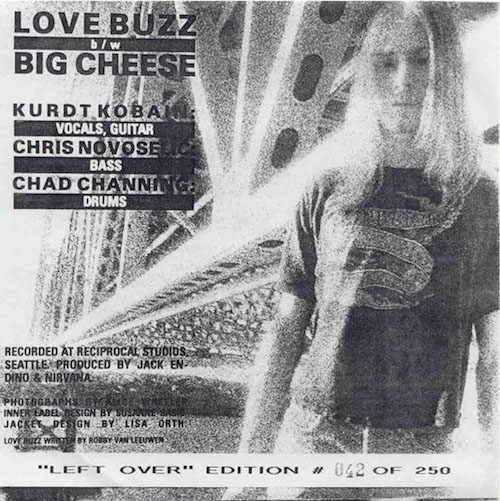 This is an easy fake to spot: the sleeves are cheaply made! “LEFT OVER” EDITION OF #250, numbered on the back of the sleeve (see scan).

– Note that the message on the A-side is encased by ” ” and features no question (?) mark.  Also, the dashes are missing on the matrix numbers.

– Indeed, there is no Kdisc stamp in the trail off. 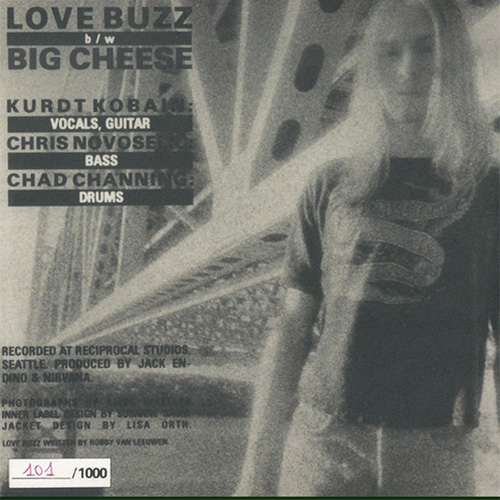 This is an easy fake to spot: the sleeves are darker losing the usual details, the number is badly simulated with a red pen and the label on vinyl is white.

– If you can read the name “Alice Wheeler” clearly on the rear, the sleeve is original.
– Look for the machine-stamped “Kdisc” mark on both sides of the record in the ‘land’ (the area of the run-out groove).  If your copy has this, it’s an original disc.