White label test pressing, black vinyl. Plain white inner sleeve only. According to Jonathan Poneman, co-owner of Sub Pop, there were ten copies made. Six confirmed copies have been found. 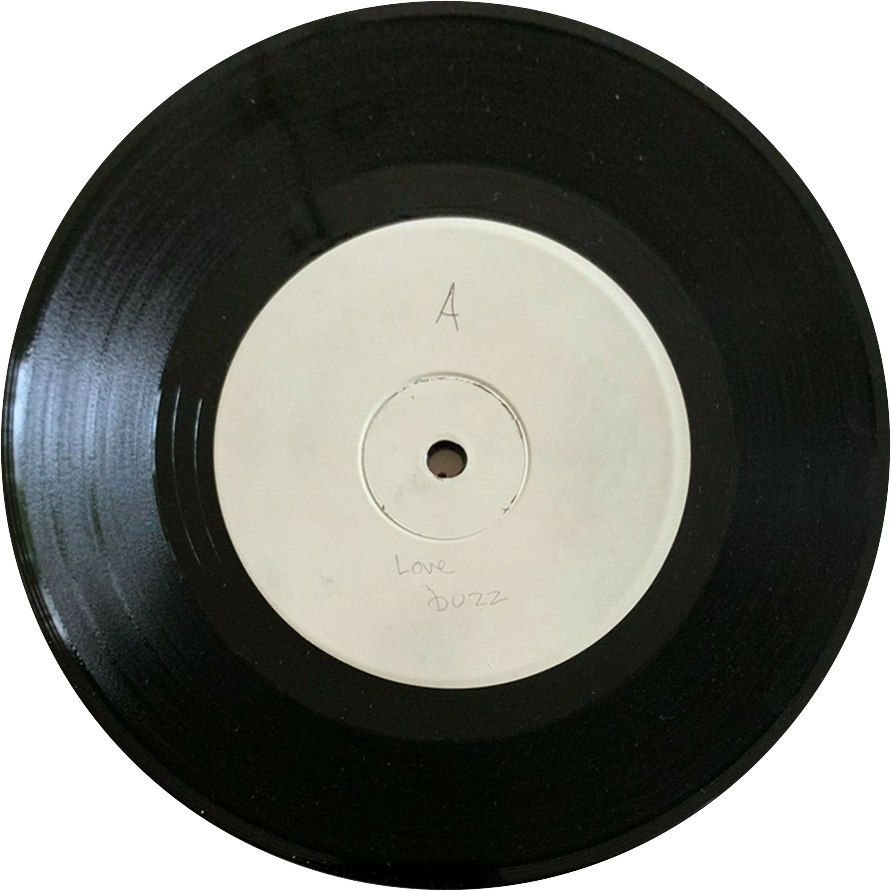 OWNER: Chris Stout
PREVIOUS OWNERS: Jonathan Poneman, ?
STORY: This copy was sold by Poneman personally to a local collector, but has since been resold. This copy is on sale on eBay since February 2020.

OWNER: ?
PREVIOUS OWNERS: Steve Turner, ?
STORY: This copy surfaced in 2010 when the owner, Mudhoney’s Steve Turner, first attempted to sell it on eBay. He got the test pressing while visiting the Sub Pop offices 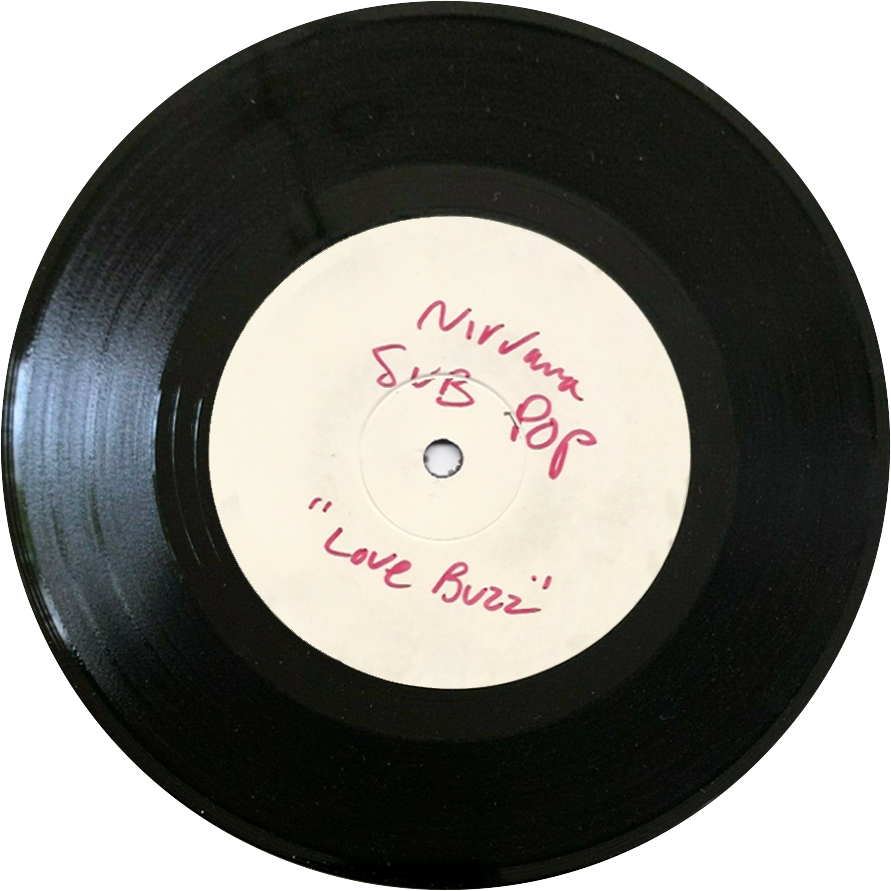 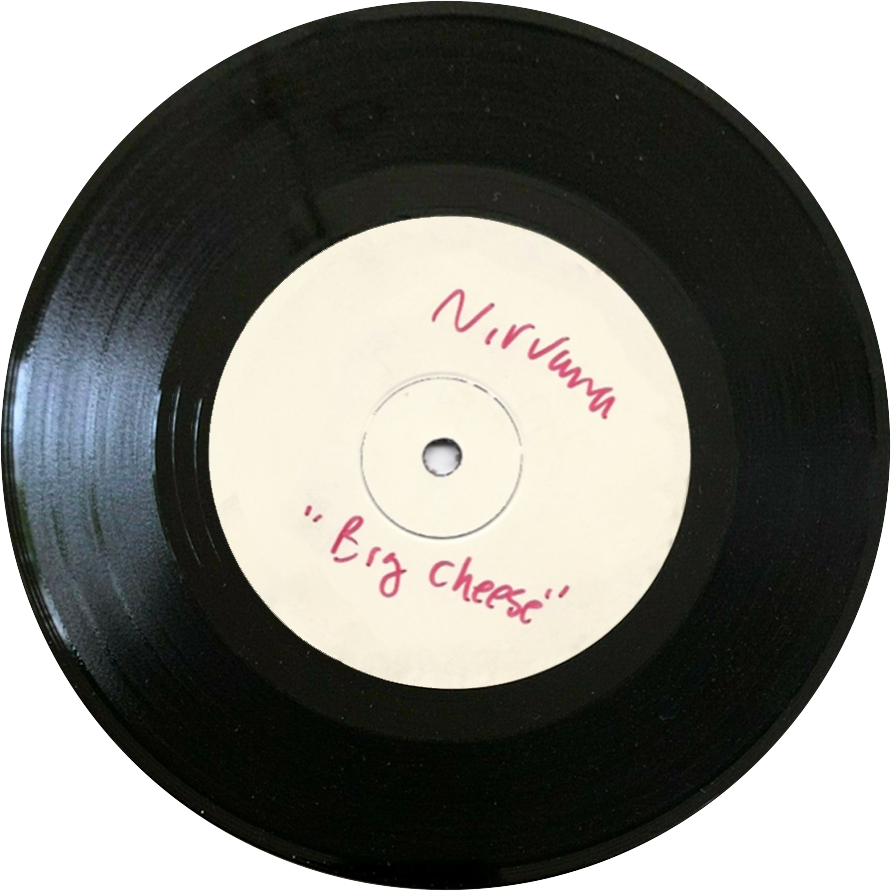 OWNER: ?
PREVIOUS OWNERS: Grant Alden, ?
STORY: This copy was given to the manager of The Rocket by either Bruce Pavitt or Poneman, and whoever of them it was also labeled the test pressing in the newspaper’s lobby. 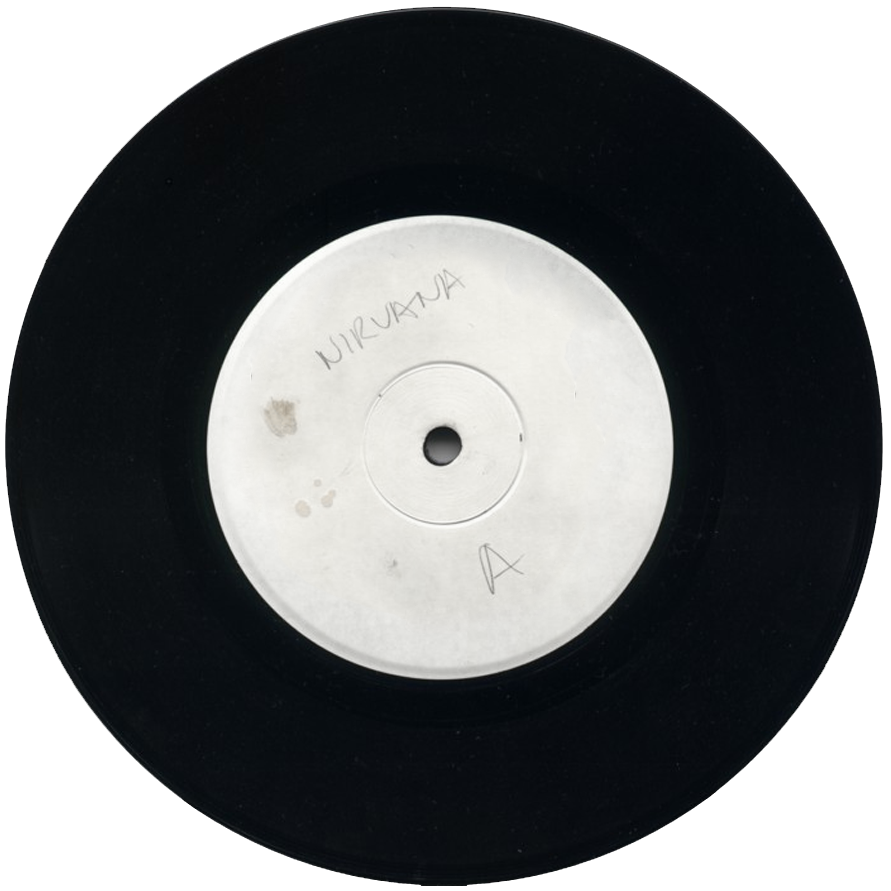 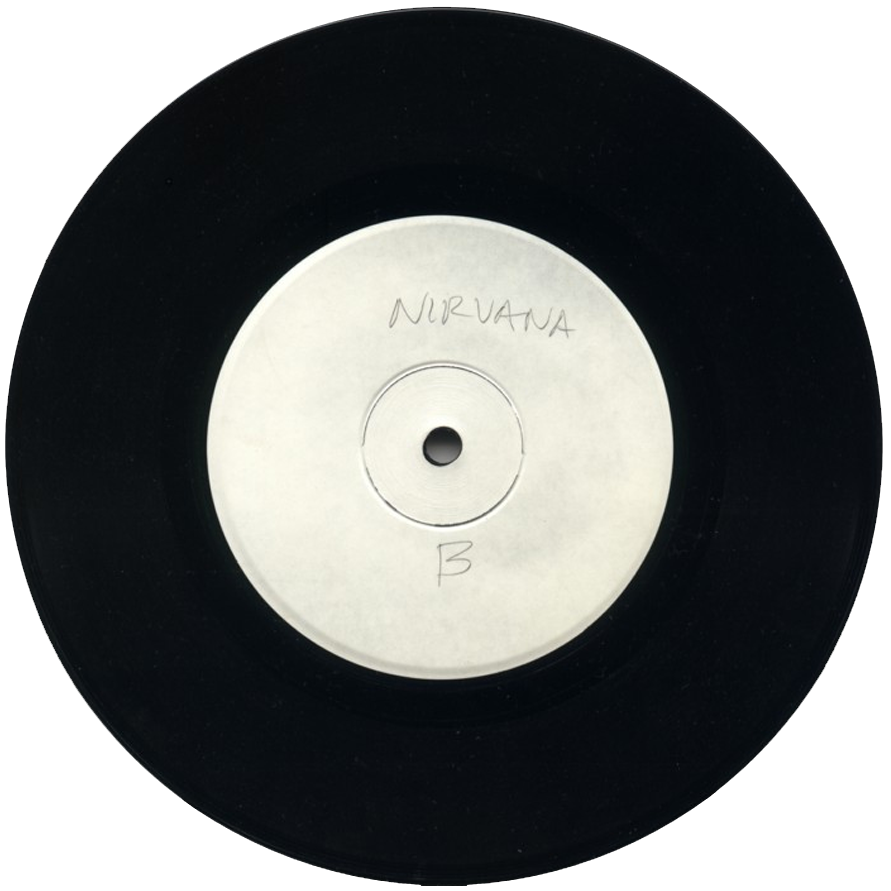 OWNER: ?
PREVIOUS OWNERS: ?
STORY: This copy was discovered in late 2009, and maybe is still in the hands of the original recipient. 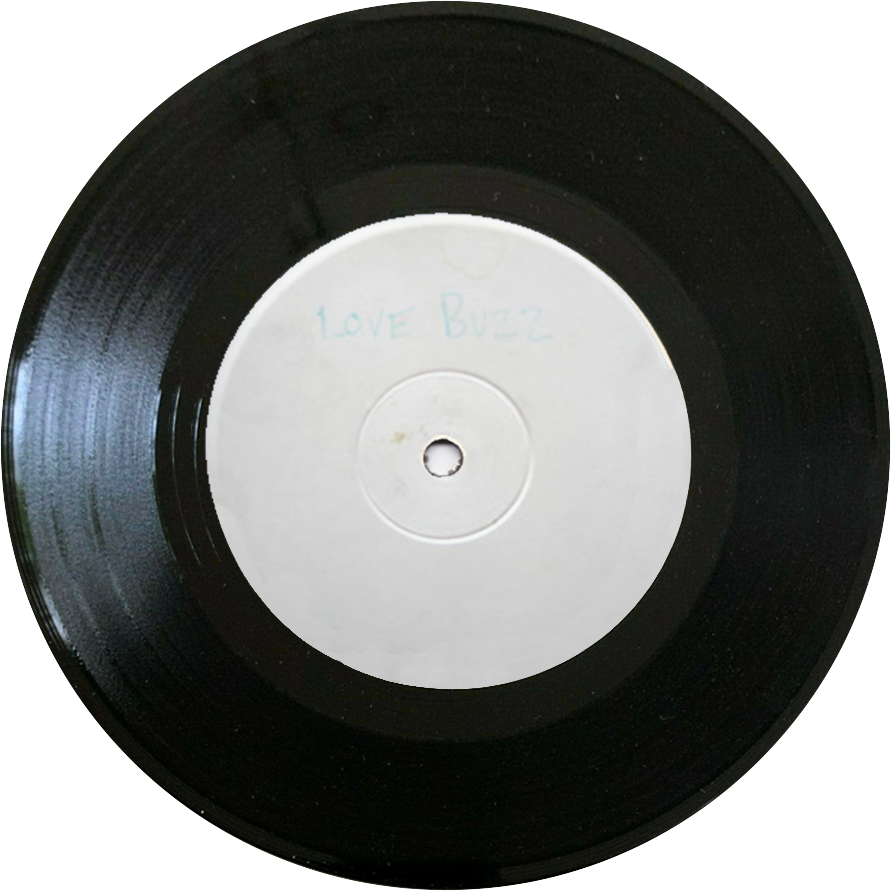 OWNER: ?
PREVIOUS OWNERS: DJ Scott Vanderpool
STORY: This copy was given to radio DJ Scott Vanderpool back in 1988. He got it from Jon Poneman when he was covering Daniel House’s job at Sub Pop when Skin Yard went on tour.  This was possibly the first Nirvana record played on the radio (KCMU). Scott sold his copy about 10 years ago  to a guy who owns a landscaping company just down South in Portland OR.

OWNER: Abraham King and Paul Anson (Discourage Records)
PREVIOUS OWNERS: Nihility X, Pier Platters Records
STORY: Being one of the bigger east coast distribution hubs for the Sub Pop label, Pier Platters in Hoboken NJ was a regular recipient of Sup Pop test pressings. These test presses trickled into the rare boxes or made it on to the wall behind the counter. The Love Buzz test press, along with several other Sub Pop tests, were purchased in the late ’80s to early ’90s by a man who is now known as Nihility X. Nihility was a frequent customer of Pier Platters at the time, and came to be a Discourage Records customer a few years later. Sometime around 1998 – 2000 Nihility X sold the bulk of his record collection to Discourage Records, including the Sub Pop test pressings. The Love Buzz test press has remained in joint custody of Abraham King and Paul Anson from that point forward.